Is Laravel Development Worth The Effort?

PHP is one of the oldest and most popular web development languages, and Laravel its most famed framework.

The initial stages of development involve making wise decisions with choosing the right framework for your application. It probably counts among the most difficult development tasks. The general criteria usually include – the cost of development, performance, speed, popularity third-party integrations, deployment, testing and many more that need deliberate consideration. This all needs to be kept in mind before jumping onto any conclusions.

Coming back to PHP – the scripting language provides a large variety of frameworks with robust technical capabilities such as – Laravel, Symfony, CodeIgniter, CakePHP etc – yet, Laravel has retained the top position. Let’s clarify this with the help of a graph. 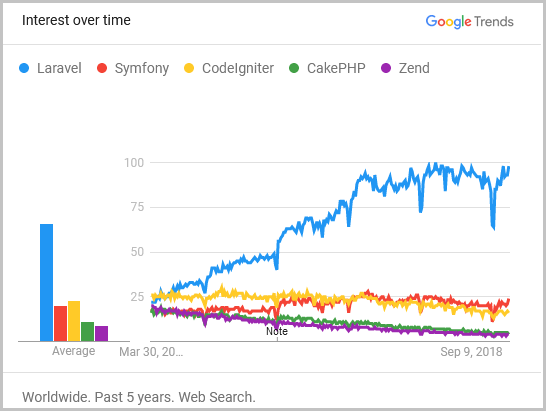 The graph above shows how Laravel has hiked as compared to the other PHP web frameworks, over the last five years.

Furthermore, it is also one of the most trending repositories on GitHub with almost 45000 stars (and counting).

So, indubitably the framework offers some major advantages and unsurpassed features. This article will acquaint you with those capabilities that make Laravel the king of PHP.

Object-Oriented Libraries
The first and foremost reason behind Laravel’s success is its Object Oriented libraries and sundry other pre-installed ones, which are not found in any other popular PHP frameworks. For instance, Authentication Library is a pre-installed library provided in this framework. Along with easy installation, it is home to advanced features including checking active users, Bcrypt hashing, password reset, CSRF (Cross-site Request Forgery) protection and encryption.

Templating Engine
Laravel comes with an inbuilt template engine known as Blade. Unlike controller layouts, Blade is driven by template inheritance and sections. It simply combines one or more templates with a data model to produce resulting views, doing that by transpiring the templates into cached PHP code for improved performance. It also provides a set of its own control structures such as conditional statements and loops, which are internally mapped to their PHP counterparts.

Authorization Technique
Authentication is the most important part of any web application. Developers usually have to spend a huge amount of time writing the authentication code. Luckily, Laravel understands this well. It makes implementation of authentication techniques a super simple job. It provides an easy way to organize authorization logic and control access to resources, thus saving onto time and energy.

Security
With the usage of salted and hashed password, Laravel framework promises security. This means that a password will never be saved as plain text in the database. A token is generated every time when a user logs-in which is difficult for the hackers to hack the web page. Further, it makes use of predefined SQL statements, thereby, eliminating the injection attacks. There are nine security features in Laravel:

MVC Support
Another reason which makes Laravel an ideal choice among developers is its MVC Architecture support. MVC  helps in improving the overall performance by ensuring a clear view between logic and presentation, better documentation and multiple built-in functionalities.

Apart from the mentioned features or advantages, Laravel brings:

Caching and a lot more.

Now, how can one keep themselves away from Laravel development?

Without a doubt, we can conclude that Laravel is worth the effort and probably the best-known PHP frameworks. Along with offering tonnes of benefits, it has the capability to satiate everyone’s development needs in the most effective manner. 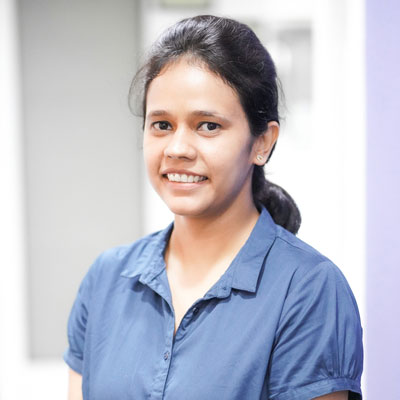