Laravel 6 has already stepped in the market. No wonder, it possesses some considerable features and upgrades. Everyone, from developers to agencies to well-established brands, has started to leverage its power. However, there are still who are unaware or not completely aware of the improvements and additions. If you are one of them, this article is for you.

To know the exact additions or enhancements and their respective benefits, we had a word with one of our Laravel Certified Developers – Maneesh Kumar Sharma. His experience and knowledge with Laravel have given us some remarkable projects – both in the form of websites and apps.

Below is the gist of what Maneesh told us about Laravel 6, including its features and benefits.

SEMANTIC VERSIONING
Laravel 6 now follows semantic versioning for future releases. It will keep the framework’s minor releases consistent with package management system and ensure they are compatible with other dependent Laravel packages.
The following example will demonstrate how Semantic Versioning can be useful. Consider a library called “Firetruck.” It requires a Semantically Versioned package named “Ladder.” At the time Firetruck is created, Ladder is at version 3.1.0. Since Firetruck uses some functionality that was first introduced in 3.1.0, you can safely specify the Ladder dependency as greater than or equal to 3.1.0 but less than 4.0.0. Now, when Ladder version 3.1.1 and 3.2.0 become available, they will be compatible with the existing dependent software.

COMPATIBILITY WITH LARAVEL VAPOR
Laravel Vapor is a serverless deployment platform for Laravel, which helps to manage Laravel application on AWS Lambda, working with SQS queues, databases, Redis clusters, networks, CloudFront CDN, and more. You just have to create an account in Laravel Vapor and install Laravel Vapor CLI in your Laravel project to use it.

When the CLI is installed per project, you need to execute it via the vendor/bin directory of your project. For instance, to view all of the available Vapor CLI commands, you may use the list command:

For example, policy methods generally return simple boolean values. However, sometimes you may wish to return a more detail response, including an error message. To do so, you may return a Illuminate\Auth\Access\Response from your policy method:

Here you may use new Gate::inspect method that will return the full authorization response returned by the gate:

You can also use Gate::authorize method to throw an AuthorizationException – in case the action is not authorized, the error message provided by the authorization response will be propagated to the HTTP response:

JOB MIDDLEWARE
Just like the middleware for routes, Laravel has introduced middleware for jobs. This can be used for preprocessing before the core logic is executed in handle() method of jobs and create the job middleware. After this, you can attach the new middleware by defining middleware() method in job class returning.

For example, in previous releases of Laravel, you may have wrapped the logic of a job’s handle method after some preprocessing tasks or checks:

In Laravel 6, this logic may be extracted into a job middleware, allowing you to keep your job’s handle method free of any job specific preprocessing tasks:

After creating middleware, it may be attached to a job by returning it from the job’s middleware method:

/**
* Get the middleware the job should pass through.
*
* @return array
*/
public function middleware()
{
return [new JobMiddleware];
}

LAZY COLLECTIONS
Laravel 6 has introduced a supplement to Collection class which makes use of PHP’s generators and allows users to work with large datasets using less memory. LazyCollection::make() along with ‘yield’ PHP function lets you iterate through large dataset without loading all at once. Also in Laravel 6, query builder’s cursor method now returns LazyCollection instance, which means the dataset will not be loaded in one go and use only one query against the database.

Instead of reading the entire file into memory at once, lazy collections can be used to keep only a small part of the file in memory at a given time.

Whereas with Laravel 6, the query builder’s cursor method now returns a LazyCollection instance.

In this example, the filter callback above is not executed until we actually iterate over each user individually, allowing for a drastic reduction in memory usage:

So, only user model is fetched in memory and filtered into $users variable collection.

Using the subquery functionality available to the select and addSelect methods, we can select all of the Categories and the name of the users that have been added using a single query.

Here is query builder’s orderBy example. We may use this functionality, for example, to sort all categories based on when the latest User is added to that Category. Again, this may be done while executing a single query against the database:

Well, this is all that Laravel 6 has brought with itself. The features seem quite useful in creating a rich user experience and interface.

Try it today and share your experience with us. If you come across any difficulties, don’t worry, we are ready to help you. 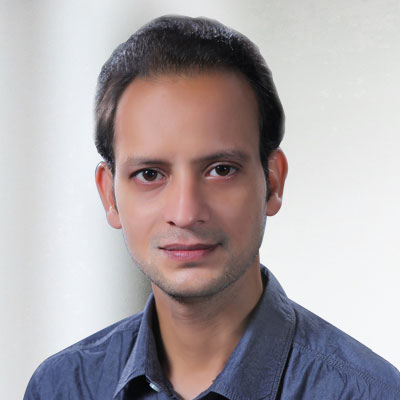 A Laravel lover and developer by profession, Maneesh is one of the certified developers at Nethues. Always stuck to his computer screen, he barely deviates to anything except coding, not even eating for that matter.