Application development has become a critical part of almost all the businesses across the globe. And, when it comes to the development of mission-critical apps, security is one of the biggest concerns. To tend to this concern, developers often turn to Laravel, a development framework that is not only renowned for exceptional performance but also for its ability to deliver robust security. Laravel’s security feature ensures that developers can use every aspect of the process safely. Furthermore, all the data involved in the process is sanitized wherever needed, meaning the platform safeguards against common vulnerabilities.

So let’s explore and know what Laravel has-in-store.

Laravel’s Own Authentication System
With already done user authentication, Laravel brings with itself readily to use boilerplate code. In the deep core, Laravel uses “providers” and “guards” to facilitate authentication. While “guards” allow control over how users will be authenticated for each request, “providers” allow retrieving of users from the database (storage).

As a developer, the only part which remains unimplemented is setting up the database, controllers and user related models to complete the authentication. In addition to this, authentication features can also be increased in an easy way.

Protection Against SQL Injection
In order to fight against SQL injection, Laravel’s eloquent ORM uses PDO parameter binding. This binding of parameters ensures that the data which passes from the users in request variables aren’t directly utilized in SQL queries. This might result in compromising the query for a hacker. data theft and other serious consequences.

Protection Against CSRF (Cross Site Request Forgery)
When an existing authenticated user on your web application visits a website, which has a malicious link and ends up sending a request to your web application’s route, only your back-end is aware. However, in this case, the attacker would control the data sent along with the request.

Now, in order to restrict 3rd parties from generating such forged requests, Laravel uses CSRF tokens. Usually, this is done by generating and adding a valid token that is added to each request, whether from a form or an AJAX. Laravel then compares this token automatically with the value which it has saved to that particular user’s session.

In case the token doesn’t match with the one stored, then that particular request is considered to be invalid. 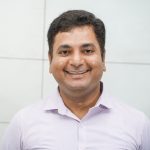